Bill Gorton is Chair of the Environmental, Natural Resources & Energy Service Group for the firm. He is national counsel to numerous clients on environmental regulatory and land and water resources matters. He advises healthcare clients in permitting, acquisitions and environmental compliance matters. Bill has represented clients in the waste management sector including acquisitions, due diligence, compliance and contracting. He has been counsel in the development of numerous independent gas, solar and waste-coal power plants. He has been Lead Counsel to numerous surety companies regarding over $4 billion in financial guarantees on bankrupt and/or defaulting mining operations, hazardous waste facilities and solid waste disposal facilities throughout the United States. He has been primary environmental counsel in the development of interstate pipeline associated with major natural gas resource development. He also counsels on large natural resource and energy, waste industry, business or corporate transactions, and project development assessing and addressing environmental regulatory issues and accomplishing clients' goals. Bill is also an Adjunct Professor of Environmental Law at the University of Kentucky's Natural Resources and Environmental Conservation program.

Before embarking on a law career, Mr. Gorton managed many projects as an environmental consultant on projects throughout the U.S.

'Waters of the United States' What Next? Proposed 2019 Trump Administration WOTUS Rule

'Waters of the United States' What Next? Proposed Trump Administration WOTUS Rule....2019 Addendum

Waters of the United States Forecast: Continued Cloudiness, No End in Sight

Continued Turbulence in 'Waters of the United States'

What Are Waters of the United States? Why It Matters

"First, Do No Harm" Should Extend to the Environment

Reclamation Bonds, The Law of Commercial Surety and Miscellaneous Bonds

Waters of the United States: Federal Jurisdiction Over Activities on My Land?

presented at University of Kentucky College of Agriculture, November 2011

The Law of Commercial Surety and Miscellaneous Bonds (Second Edition)

Environmental/Reclamation Financial Assurances: Back to the Future

Understanding the reclamation surety relationship before and after operator default

The Suretys Perspective: Deja Vu All Over Again?

Surety's Rights and Obligations Under SMCRA

Surety Bonds and Trouble in the Mining Industry

Optimizing Land Reclamation and Environmental Protection: Making the Most Out of Surety Agreements

Regulation of Concentrated Animal Feeding Operations and the Horse Industry: EPA is Mucking About!

Replacing Nationwide Permit 26 - The Next Battle Over Wetland Development

In Front of the Curve: A Call for Awareness of Environmental Liability for CCBs in the United States

Lead counsel to numerous national surety companies in developing and advocating the surety industry positions in the bankruptcies of Peabody Coal Company, Arch Coal Company, and Alpha Natural Resources across the United States.

Acted as national counsel in coordinating matters for the New York Department of Insurance as Rehabilitator of Frontier Insurance Co. regarding surety exposure on over $1 billion for hazardous waste treatment, storage and disposal facilities, underground and surface coal mines, gold mines and processing facilities, solid waste disposal facilities, recycling facilities and other regulated industries throughout the United States.

Lead counsel to major U.S. surety industry client with the United States Department of Interior, Office of Surface Mining in federal rulemaking regarding “owner/controller” liability under the Surface Mine Control and Reclamation Act.

Led a team of lawyers on behalf of a major surety company in the bankruptcy of Horizon Natural Resources, at the time the largest coal company bankruptcy in U.S. history. The team developed strategies to assure land reclamation on over 400 mines under federal and five state regulatory programs while mitigating over $125 million in surety exposure.

Prior to attending law school, Bill was the manager of the Kentucky office of Skelly & Loy Engineers-Consultants and had managed natural resource development and environmental remediation projects throughout the United States. At Skelly & Loy, he developed the mine land reclamation programs under the Title IV of the Surface Mine, Control and Reclamation Act for Alaska and Virginia. He also managed technical projects for the U.S. Department of Interior, U.S. Bureau of Mines, U.S. EPA, Appalachian Regional Commission and numerous state agency and private sector clients. He is Chair of The Kentucky Bicycle and Bikeways Commission and has also advised the Kentucky Rails to Trails Council, Inc. on a pro bono basis, formed as part of the nationwide movement to develop abandoned rail beds into trails for recreation use. Bill is Assistant Professor/Adjunct at the University of Kentucky in the Natural Resource and Environmental Science Program teaching Environmental Law and Regulation. He is also a Trustee to the Energy and Mineral Law Foundation. An avid cyclist, Bill is a spin instructor at the Lexington YMCA. In 2010, Bill joined a group of amateur cyclists who participated in six stages of the Tour de France.

. . . acts for clients in the energy, healthcare and waste management sectors on environmental regulatory compliance. He handles environmental support for corporate transactions and project development.

. . . noted for his work in land and water resources issues, and is also regularly called upon to advise on coal industry matters.

. . . thorough knowledge of the regulatory and administrative landscape.

. . . knowledge and experience . . . irreplaceable assets to our company. 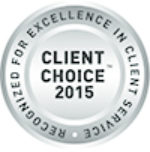