Statutory Right to Prompt Payment - Or Maybe Not

Breach of Contract for Wrongful Death

Georgia Casenote, website of the Construction Litigation Committee of the Litigation Section of the American Bar Association

Mr. Douglass is a member of the Kiwanis club of Atlanta, president of the Initiative for Affordable Housing Inc. board, and a member of the Garden Hills Civic Association. He has run the Peachtree Road Race every year since 1985. 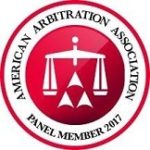