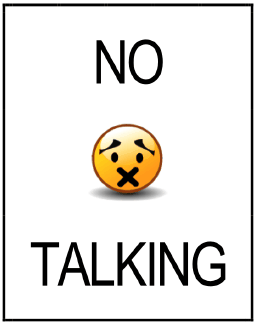 Well, at least that is the case as the Eleventh Circuit rules on communications between attorneys. Recently, I read a warning from a colleague about the expansion of liability for creditor's lawyers under the FDCPA. In Bishop v. Ross, Early & Bonan, P.A., the Eleventh Circuit reversed the dismissal of an FDCPA complaint brought by a homeowner whose attorney received a letter from the HOA's counsel regarding unpaid assessments. At issue was a purported violation based on a faulty disclosure under 15 U.S.C. Â§ 1692g(a)(4). The homeowner's counsel received this purported defective notice and within two months filed an FDCPA complaint on behalf of the homeowner for the indirect communication. But if her counsel had sufficient competency to know that the notice failed to state the law correctly so that he could meet his Rule 11 obligations before filing the FDCPA claim, how could the purported misstatement of the law be "false, deceptive, or misleading" within the meaning of the FDCPA? Within a month to the day, the Eleventh Circuit has issued two opinions (Bishop and Diaz v. First Marblehead Corp.) with significant ramifications for the collegiality of the debtor/creditor bar.

Another issue that Bishop raises, but does not address, is the varying writing requirements of Â§ 1692g. Section 1692g(a)(3) requires a statement that unless the debtor disputes the validity of the debt within thirty days, the debt will be assumed to be valid by the debt collector. Section 1692g(a)(4), however, requires a statement that if the consumer notifies the debt collector in writing during the thirty-day period that the debtâor any portion thereofâis disputed, the debt collector will obtain verification of the debt. So the consumer has the right to dispute a debt in any mannerâverbally or in writingâbut to obtain verification, the dispute must be in writing. If you state the dispute must be in writing, you could violate the FDCPA. If you fail to state the request for verification must be in writing, you could violate the FDCPA. It is a statute fraught with perils for the unwary attorney. And, unfortunately, the Eleventh Circuit does not want lawyers to communicate informally to work through these issues.