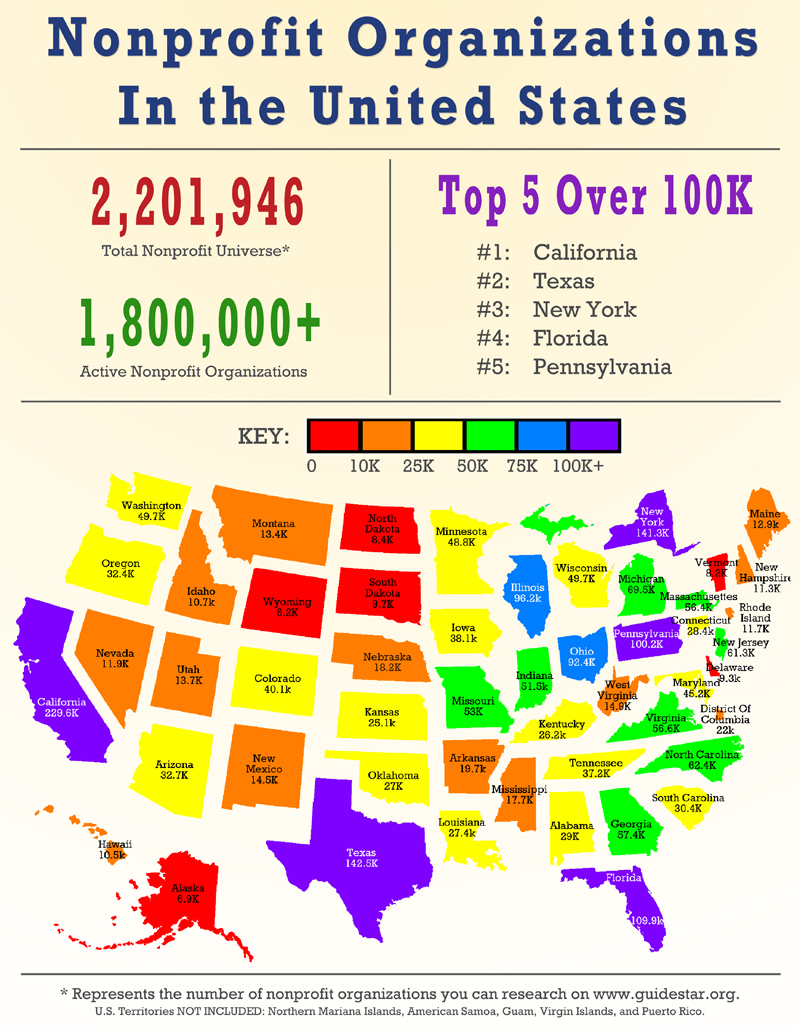 Families at all levels of wealth commonly include charitable giving as a part of their estate plans. This is gratifying for the families, and absolutely essential to maintaining and building excellence in so many civic areas, including hospitals, social services, conservation, the arts, and education.

It's also true, however, that the business cultures of the private sector (where the wealth behind philanthropy is often built) and the non-profit sector (where gifts are put to use) are sometimes quite different.

Some donors don't worry overly much about whether their gifts will be put to most effective use, but others think about this issue a lot.

According to Guidestar.org, there are more than 1.8 million active nonprofits in the U.S., with 26,200 of those in Kentucky, and 37,200 in Tennessee. As discussed in this 2013 Nonprofit Sector Survey Report published by the Center for Nonprofit Excellence, Louisville alone has almost 2,400 nonprofits. That's a lot of nonprofits to support!

Donors who think the nonprofit sector might benefit from a reasonable amount of consolidation and economies of scale -- who want to balance a "big heart" with a "green eyeshade" approach -- face a challenge: to obtain a charitable income tax or estate tax deduction, a donor has to give funds away -- and give up control over the donated funds.

Some donors (particularly very wealthy ones) create private foundations to which they can give money (and obtain tax deductions) but still maintain a degree of control over how charitable assets are used. Starting in 1969 and from time to time afterwards, Congress has placed a range of restrictions on private foundations, limiting their attractiveness in some respects.

For donors focused on lifetime giving, community foundations and the donor advised funds they offer can be very helpful after a significant taxable event, such as sale of a company or winning a lottery, when a person wants to set aside funds for charitable use and obtain tax benefits, but isn't ready to make ultimate decisions about the charitable uses to which the donated funds will be directed. They are also used to educate children and grandchildren about charitable giving, and a family's leadership role in a community.

It's also common for donors to incorporate a donor advised fund at a community foundation into their estate plan.

The donor's will or revocable trust could provide for a charitable distribution to their donor advised fund at the community foundation. In a fund agreement established with the community foundation, the donor could identify the areas of interest they want to support (for instance, public education, conservation, or historic preservation).

The fund agreement could identify several examples of charities active in each area of interest. Then, the fund agreement could instruct the community foundation to make annual distributions in each area of focus to the listed charity (or its successor) that was then running its operations most efficiently, devoting the largest share of revenues to program activities rather than administration, and was having the overall greatest charitable effectiveness.

Like any other institution or business, a charity's effectiveness and success can change over time.

By using a community foundation in their estate plan, charitable donors can obtain the desired income or estate tax deduction, but also create reasonable incentives for charities active in their areas of interest to operate efficiently and effectively.

Image above from Guidestar.org; link and related information here.