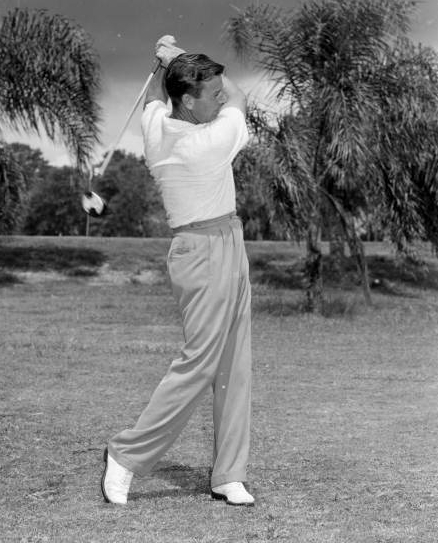 As we saw in Part 1 of this series, a grantor retained annuity trust (or "GRAT") can be a very effective way to remove the government as a 40% silent partner in the potential upside of a business venture in several types of circumstances.

In the pre-2010 regime of low estate tax exemptions, two common types of circumstances were:

(a) A venture that was designed to be a success - usually, where the cash flow produced by assets in the GRAT was sufficient to make the GRAT payments -- ensuring that all of the GRAT's principal would likely be retained in the GRAT at the end of the annuity term. To reduce GRAT payments required to "zero out" the value of the taxable gift to the GRAT, these type of situations usually used a longer-duration annuity term (for instance, 15 years); and

(b) Assets with volatile "up and down" returns that would be nice to remove from a taxable estate if they performed well (such as shares of volatile publicly traded companies). In these type of situations, the annuity term was usually shortened to as little as two years.

Each of these scenarios was usually most attractive to someone who already had an estate tax problem.

In the post-2010 regime of high estate tax exemptions, a somewhat different approach can be used for a GRAT: adapting this familiar tool for a person who doesn't yet have estate tax exposure, but might have lots of exposure of a risky venture succeeds.

Let's call this type of GRAT application the "Entrepreneurial GRAT."

Conventionally, a GRAT is deemed to "fail" if there is no principal remaining in the GRAT at the end of the annuity term, after all of the required annuity payments have been made back to the settlor.

Like the entrepreneur himself or herself, the Entrepreneurial GRAT accepts the possibility that the GRAT might fail, but proceeds anyway.

Consider a case study of "Stan Scientist", a research biochemist who has founded a startup biotechnology venture.

Stan has a drug in the early stages of the FDA approval process. If his drug is not approved, his intellectual property can be sold to a pharmaceutical giant who may be able to repurpose it elsewhere for, let's say, $50,000.

If his drug is approved, it will be snapped up for big dollars by Big Pharma - let's say, for $40 million. Stan's best forecast that his drug will make it all the way through trials is 15%.

On a risk-adjusted basis, Stan's venture is worth somewhat less than $6.1 million. That sounds great, but he can't spend it, and the future upside is very risky.

Suppose, further, that Stan and his wife, Amy, have two children getting toward the end of middle school for whom college isn't yet funded, and very little equity left in their house, because Stan has been using a home equity line of credit to self-fund a great deal of his R&D costs.

If the venture works, Stan wants to enjoy the rewards. But he's not excited about the government owning a risk-free (for the government) call option on 40% of the value of Stan's upside above his and Amy's combined estate tax exemption of $10.68 million.

An Entrepreneurial GRAT is one way Stan can lock in the first part of his upside for himself, but also get rid of the U.S. Treasury as a passenger on his upside, risk, effort, and late nights in the lab.

The Entrepreneurial GRAT could work as follows: Stan would transfer non-voting interests in his startup to the GRAT, valuing those interests at just under $6.1 million (their risk-adjusted value). The GRAT would have a 10 year term (although the term could be longer, or shorter, if Stan wished).

Its payments to Stan would start at 7.65% per year. The size of the percentage payout would increase 20% each year, backloading much of the value of the payments to the end of the annuity term, when the drug would be further along in trials. By year 10, the payout back to Stan would be 39.5%.

If the assets in the GRAT returned 10% per year, the total value of 10 years of payments back to Stan would be $12 million dollars (an amount Stan and Amy think should finance all of their lifestyle and retirement objectives). The value remaining in the GRAT would be $1.6 million.

Stan and Amy know the venture inside the GRAT will either return virtually nothing, or much more than 10% per year.

For instance, if the GRAT assets are purchased for approximately $40 million around year 10, the return will be around 25% per year -- much higher than the 10% return assumption used in this example.

On the other hand, if the drug doesn't progress through trials, the GRAT's assets will be exhausted long before all of the required annuity payments are made to Stan.

In that event, Stan would be exactly where he started: owning equity in an entreprenurial venture that's not worth very much. Note, however, that Stan and Amy are already exposed to this business risk, because Stan is already heavily invested in the venture.

By putting the venture inside the Entrepreneurial GRAT, they're only reducing their exposure to estate taxes, and making a decision that the venture's "serious" (but very contingent) upside will be held in trust for their descendants, rather than available for them to spend.

Entrepreneurs are dreamers, but projections (at least intuitive ones) of net-of-tax returns on a risky venture do drive many of their decisions.

By using an Entrepreneurial GRAT to mask his venture's upside from potential estate tax, Stan is increasing its net-of-estate-tax value to his descendants by over $1.75 million.

We hope this case study illustrates the value that thoughtful estate planning can provide for the after-tax risk-weighted returns of people working to become rich, not only people who already are.

For Stan and Amy and many of their real-world counterparts, the most effective estate planning will be part of a business growth stage, not an "after the fact" activity postponed until their retirement years.

Image above courtesy of State Library and Archives of Florida.