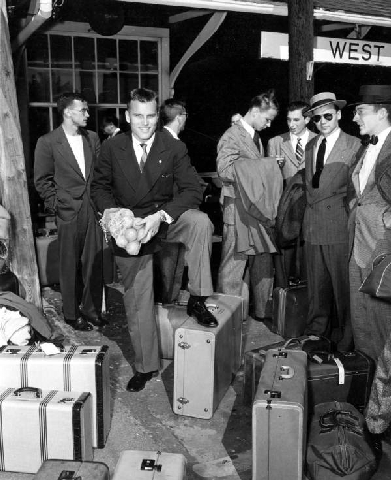 Even in an era of relatively high estate tax exemptions, we work with many families who want to use a trust to provide for the management of a child's inheritance.

How a son in law or daughter in law should be treated in a parent's estate plan, though, is a more subtle issue that families might benefit from considering more closely.

Sometimes, a first instinct is: keep family assets in the family, and don't allow a child's spouse to have access to the assets.

This does protect inherited assets held in trust for the child from being commingled, and provides a fair degree of protection if the child later divorces.

When the planning horizon is extended further forward, a more complex issue surfaces: what to do about a child's spouse who outlives a child?

If the child's spouse has been a primary caretaker of the family's grandchildren, they might be without independent assets, and lack earning power of they had spent a lot of time outside the workforce.

Especially if a family likes their child's spouse, they might want to include that spouse as a permissible beneficiary of the trust they establish for their child.

Yet this might not be a complete solution, because a trust for a child might be funded at a parent's death, and the child might later divorce. If the child's spouse remains as a permissible trust beneficiary, it can be a messy situation and undesirable outcome.

Testamentary powers of appointment can be used to provide a child with flexibility in deciding what, if any, interest the child wants his or her spouse to have in the family's assets held in trust.

For instance, a child might be given a testamentary power of appointment over assets in his or her trust that is exercisable in favor of the child's descendants or the person surviving the child as the child's widow or widower. The trust could provide that any assets the child did not appoint in his or her Will would remain in trust for the benefit of descendants.

This approach would allow the child to write a Will or Codicil directing that assets in the child's trust be distributed outright to the surviving spouse when the child was no longer living.

All well and good - it might seem. But what if the surviving spouse who received the appointed assets outright later remarries, and doesn't get a premarital agreement waiving elective share rights? In that case, there is a material risk that family assets might "leak" outside the family away from grandchildren - which is likely very undesirable.

A refinement to the testamentary power of appointment given to a child in his or her trust can address this situation. The child might be allowed to appoint assets in further trust for a surviving spouse, but only if the surviving spouse's interest in those assets was limited to a lifetime right to receive income, or, alternatively, a relatively modest unitrust payment of, for instance, 3% or 5%, with the remaining assets to be distributed as the child directed among the family's descendants.

With this approach, a child would have the opportunity to use their own estate plan to ensure that his or her surviving spouse would benefit from family assets, but also ensure that family assets don't flow away from the family.

These issues are particularly important when a family has enough assets that trust distributions will be a very substantial part of adult children's lifestyle funding, or when assets will be held in trust for multiple generations.

Sometimes a trust was written years ago without provisions for surviving spouses, and does not allow a beneficiary to appoint trust assets for the benefit of a surviving spouse.