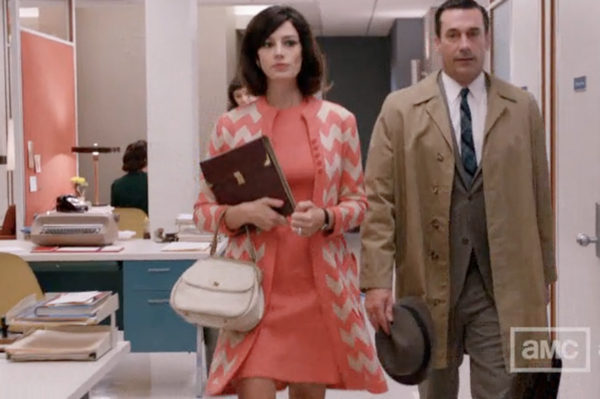 When a married couple doesn't have the same beneficiaries in each of their estate plans, elective share statutes make it an unstable situation, as we began to see in part 1 -- which ended with the fictional, widowed Megan Draper realizing that Don's will had left her a lot of issues to consider.

Let's introduce some more assumed facts into our soap opera/case study: Don and Megan owned their small horse farm outside Louisville in a tenancy by the entirety; Megan never did like the country life. She plans to sell that property, which she now owns outright, free and clear of any debt, for $800,000 and buy a condo in the city.

Don also owned two commercial office properties in is own name (worth $1.3 million altogether), and had a nice wine collection, a few vintage cars, and some interesting mid-century modern art worth about $200,000 in total. He owned financial assets in his own name worth $7 million. Megan has $700,000 of her own assets, mostly an inheritance from a sister she'd received a few years earlier.

In 2015, Megan is 75. She hasn't thought much about the details of what her lifestyle costs. She and Don had just put everything on the Amex, and those bills usually ranged between $20,000 and $25,000 per month.

If Megan doesn't elect against Don's will, her financial picture will have this broad outline: a 7% yield on the commercial real estate and a 3% yield on Don's securities portfolio, for a total annual income stream from the trust Don set up for her for her lifetime of approximately $300,000, plus the $700,000 of her own assets, plus the condo she bought with the farm proceeds.

Megan's overall position if she elects against Don's will would be not quite $5 million overall, plus her condo. A sustainable withdrawal rate on her financial assets would be around 4%, or approximately $200,000.

Those, then, are the stakes: Megan can take under Don's will and live on $300,000 per year (which would allow her to continue her standard of living roughly unchanged). But, she'll leave an inheritance of only $700,000 for her nieces.

Or, Megan can elect against Don's will. Getting half of Don's property outright and having a net worth of just under $5 million plus her condo is the good part; a 33% lifestyle reduction from $300,000 per year to $200,000 is the bad part. Another advantage is that unless Megan lives a very long time and depletes the assets she received by electing against Don's will, her nieces will have a much larger inheritance.

The issues come down to Megan's estimate of her own longevity, the lifestyle she wants, and how much she cares about how much her nieces will inherit.

The tradeoffs are illustrated in the chart below, which assumes that Megan invests cautiously in bonds that yield 3% per year, and decides that there is no way she's going to take a lifestyle cut in her widowhood (meaning that she keeps spending $300,000 per year; the line item for Don's Scotch and NYAC dues is replaced with a few shopping trips to the Miracle Mile and Beverly Hills...).

Here's how to evaluate the chart above. The left-hand column shows Megan's age. The second column from the left shows Megan's projected personal non-condo net worth outside of the trust Don set up for her at various ages, if she doesn't elect against the will. (Keep in mind that it's this personal net worth that's available for inheritance by her nieces; the funds held in trust for her if she doesn't elect against the will go to Don's children.)

The chart also assumes that if she doesn't elect against the will, Megan won't need to spend her personal assets, and they'll continue to grow.

Certain colored rows on the chart above draw attention to key issues. If Megan increases her lifestyle spending, the green rows show that she'll have less net worth if she elects against the will than if she takes under the will, if she lives past age 87.

Finally, the pink rows show that if she elects against the will (taking a smaller starting base of assets), she'll actually run out of liquid assets shortly after reaching age 97, whereas if she had more assets producing income for her because she'd left the trust Don set up for her in place, she could live well past 100 with a very stable lifestyle.

The tradeoffs come to down to Megan's sense of how long she's going to live, how much she wants to spend in the years ahead, and how much priority she places on leaving an inheritance for beneficiaries other than Don's children.

In part 3, we'll consider the options Don and Megan would have had while Don was still alive to avoid the trap presented by the elective share statute, including pre- and post-marital agreements and trust planning.