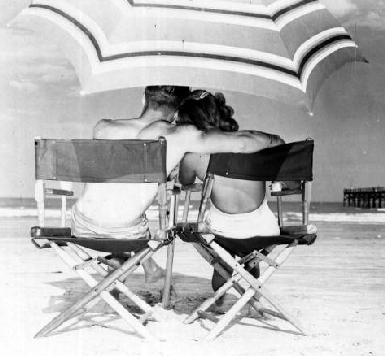 For retired persons or couples with less than $1.5 million to $2 million in wealth, potential long term care costs are one of the greatest risks they face. Long term care costs can deplete parents' assets, and also substantially reduce the eventual inheritances of adult children.

Let's consider these issues with a case study featuring the fictional Jones family.

Prudence Jones, a widow, is 78 years old. She owns her modest home worth $200,000 free of any mortgage debt. She has an array of certificates of deposit and mutual funds worth $200,000, and an inherited IRA from her deceased husband's 401(k) worth approximately $300,000. She receives Social Security of approximately $2,000 a month. Required minimum distributions from the IRA and modest withdrawals from her non-qualified assets supplement the Social Security. Overall, her spending is about $45,000 a year, and she feels generally financially secure.

Prudence has two adult children. Tom is a roguishly handsome perpetually single freelance journalist, who has irregular income and collects more than a wise amount of credit card debt. Molly is an accountant and is married to Henry, a surgeon.

Prudence does not have long term care insurance, and her estate plan currently calls for a equal division of her assets between Molly and Tom when she dies. Tom lives out of town. Molly is Prudence's attorney in fact and health care surrogate; she worries a lot about Mom's eventual nursing home and long term care needs.

Henry mutters to Molly from time to time about how it's just not very fair that when push comes to shove, he and Molly will probably foot the bill for some of Prudence's health care costs, and Tom isn't contributing to those costs.

A relatively simple change to Prudence's estate plan could address some of the fairness issues in the family's situation, reduce financial risk for both Molly and Tom, and protect Prudence's cash flow and asset base.

Prudence could amend her will or revocable trust to provide that before her assets are divided equally, a child who paid long term care insurance premiums on her behalf will be reimbursed for those premiums from Prudence's estate, and only then will the remaining assets be divided among Tom and Molly.

This situation doesn't force Molly and Henry to pay LTC premiums for Prudence, but it provides a fair degree of assurance that if they do, they'll be made whole for those costs. Assuming their cash flows are robust, paying the LTC premiums may not burden Henry and Molly very much at all. In the meantime, they'll be increasing Prudence's financial security and protecting her assets from erosion by LTC costs.

Tom, if he bothers to think about it, will realize it benefits him, too, because if Prudence's asset base is protected from LTC costs, he'll have a much greater chance to inherit something, even if Molly is repaid for the LTC premiums she and Henry paid.

Image above courtesy of State Library and Archives of Florida.