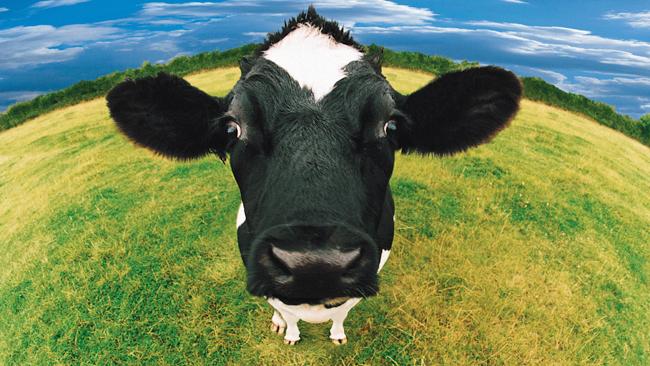 In Sunshine Heifers, LLC v. Citizens First Bank (In re Purdy), 763 F.3d 513 (6th Cir. 2014), a divided Sixth Circuit reversed the bankruptcy court's finding that cattle leases were disguised security interests. Over the course of three years, Debtor Lee Purdy entered into several leases with Sunshine Heifers for a total of 435 dairy cows. When Purdy filed for bankruptcy protection in 2012, Sunshine moved to retake possession of its herd. Purdy's lender, Citizens First Bank, claimed that its perfected security interest in equipment, farm products, and livestock had priority. After refinancing his debt with Citizens and granting security interests in his livestock, Purdy contacted Sunshine to increase his herd. The agreements with Sunshine prohibited Purdy from terminating the leases and Purdy agreed to return the cows after 50 months. Purdy guaranteed that the residual value of each head would be between $290 and $300. In conjunction with the leases, Purdy executed security agreements and Sunshine filed financing statements. The bankruptcy court for the Western District of Kentucky found the Sunshine leases to be per se security agreements and junior to Citizens.

Dairy farmers regularly cull herds to maintain milk productivity. While a farmer will typically replace culled cows with their calves, Purdy, in contravention of the leases, sold the calves and purchased mature replacements. Purdy was supposed to have marked the Sunshine cattle with yellow tags and the Citizens cattle with white tags. When he filed for bankruptcy, Sunshine and Citizens discovered that Purdy had not been marking the cattle. Citizens claimed that Purdy owned the cattle subject to its priority lien position while Sunshine argued that Purdy only had a leasehold interest. Based on the lease term exceeding the economic life of a dairy cow, the bankruptcy court found the leases to be disguised security interests.

Recognizing that Arizona law governed the Sunshine agreements, the Sixth Circuit looked to its uniform commercial code. The inquiry to determine if an agreement is a true lease is a two-step fact-sensitive analysis. The first step is application of the Bright-Line Test, which looks at the economic life of the goods. If the lease term exceeds the goods' economic life, it is a per se security instrument. However, if not, the second step is to look at the economics of the relationship. According to the bankruptcy court, the Sunshine agreement failed the Bright-Line test. But the lower court analyzed the wrong good. Purdy did not lease a cow, Purdy leased a herd of cattle. The economic life of a herd is indefinite so the Sixth Circuit looked at the next step in the analysis.

For the economics of the transaction, courts focus on two factors: 1) whether the lease contains a purchase option price that is nominal; and (2) whether the lessee develops equity in the property making the only reasonable option for the lessee is to purchase the goods. These agreements did not contain a purchase option, let alone a nominal price. Sunshine retained its ownership interest in the herd of cattle throughout the term of the lease. Purdy had to return the same number of cows at the end of the lease. Since Citizens had failed to show that the leases were per se security agreements, the Sixth Circuit reversed and remanded so the bankruptcy court could analyze the second step.

The dissent did not find clear error with the bankruptcy court's determination because it agreed that the good was the dairy cow, not the dairy herd. The dissent went further to analyze the economics of the transaction. It looked beyond the two main factors which it viewed as too similar to the Bright-Line test. A significant fact for the dissent was that Purdy purchased the cattle from third-parties and Sunshine reimbursed the purchase price. While it would seem that Sunshine would have a purchase money security interest, it apparently did not comply with the requirement that it provide notice to Citizen that it was providing financing for additional livestock. Further, the dissent thought Sunshine's conduct the transaction was financing, not leasing. Going beyond the Bright-Line Test, the dissent would affirm the bankruptcy court.

The majority correctly held that Sunshine had leased a herd of cattle, not separate dairy cows. Purdy agreed to return a cattle herd to Sunshine. In re Purdy highlights the importance of taking a belt and suspenders approach to lease transactions. Sunshine had filed a UCC-1 but failed to comply with the requirements to have a purchase money security interest. While Sunshine succeeded in defending its lease, the litigation could have been prevented with notice to Citizen informing it of the transaction. The advantages of leasing collateral are lost quickly when a court determines the arrangement to be a disguised security interest. Sunshine avoided that fate in the Sixth Circuit.